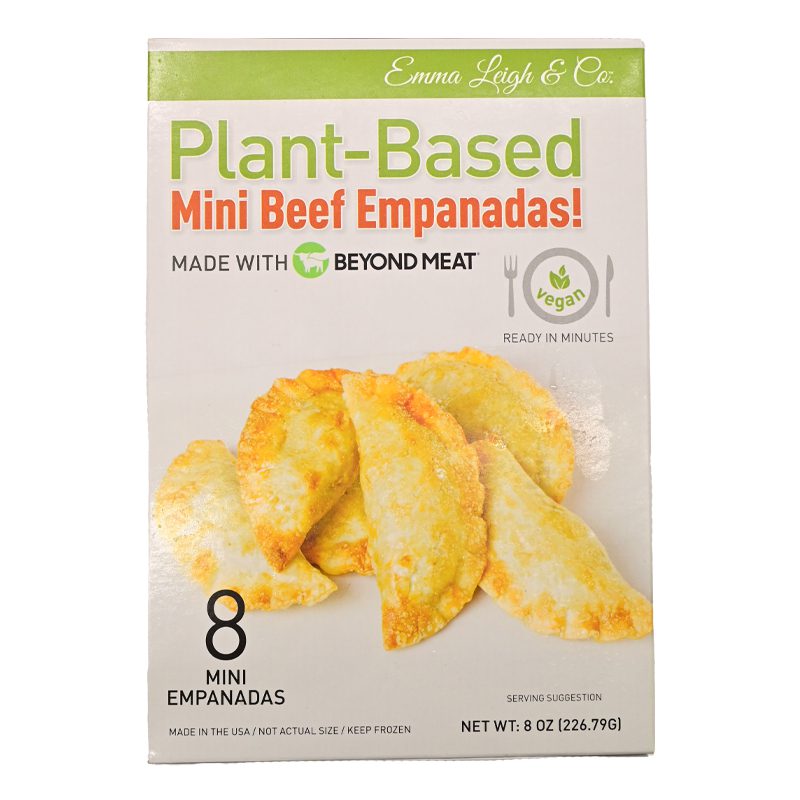 My grandfather, Gerry McAdams, founded Yankee Trader Seafood in 1994 in Massachusetts and today it is a third-generation, family-owned business. I now have the good fortune of donning my own chef’s hat and apron to promote Emma Leigh Brands, made right here in the USA! These plant based empanadas are made with Beyond Meat.

Thank you for submitting a review!

Your input is very much appreciated. Share it with your friends so they can enjoy it too!

Bought these for hubby because doctor said he has to limit meat in his diet. He ate his allotted four then eyed my four and asked if he could have them. I gave him three and tasted one. I wanted to fight him to get my other three back because they were so delicious. Best part was he didn't know they were not real meat. Now I can't remember at which store I bought them and I'm desperate to get more.